4 things to remember about bear markets 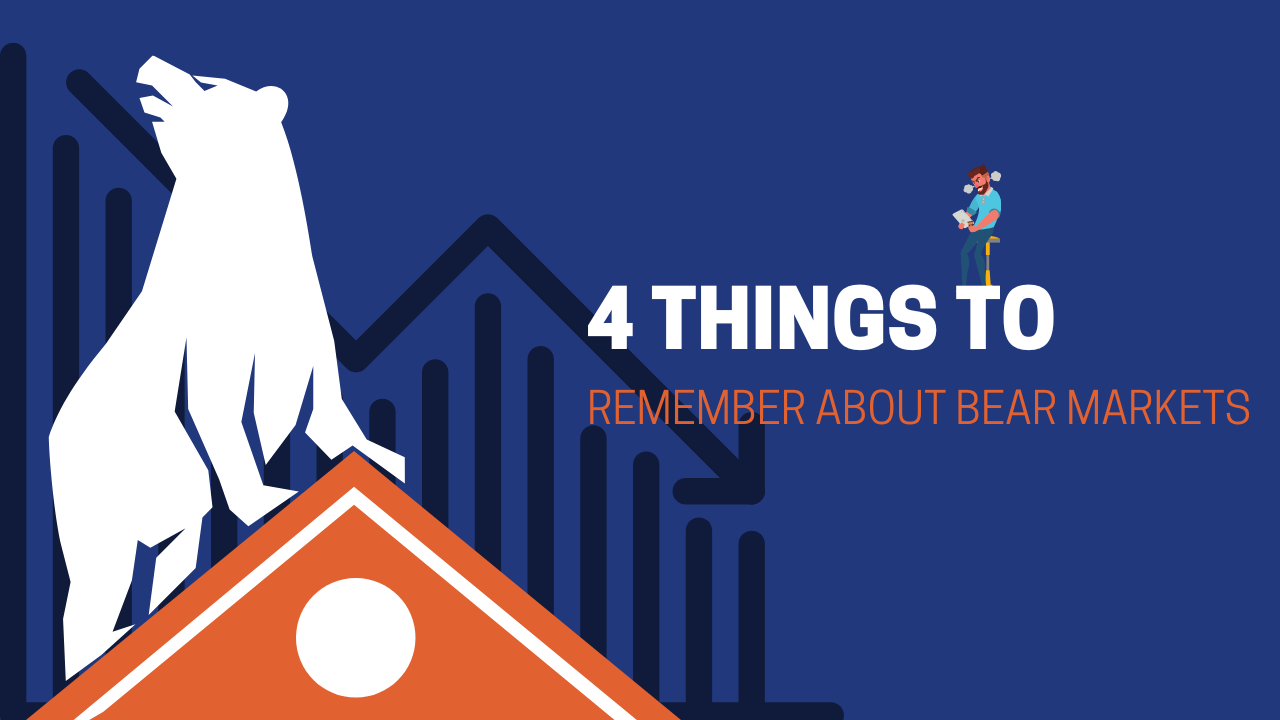 What a week, whew! All assets got hit hard, and by the end of the week, the Nasdaq was officially in a bear market. Bitcoin, Ethereum, and some other crypto assets have lost half or more of their value for traders. Even though the S&P 500 is only down 13–14% from its high, only 25% of all stocks are trading above their 200-day moving average. It's safe to say that, after the huge rise in almost everything over the past two years, we are now in a bear market.


Since this may be the first bear market that many people in our community have ever seen, we thought it would be helpful to put together a short list of important things to remember about bear markets to help people deal with this new market environment.

As a rule, asset price volatility increases during bear markets as opposed to bull markets. The average daily change in the indexes during the last 20 days has been above 3%, which is significantly higher than the average change over the previous 20 days of 0.9% in 2021. With the same starting capital, your profit and loss (P/L) swings have likely grown substantially larger than "normal" given the recent uptick in the average range. The average daily fluctuation of the S&P 500 was over 5% in March of 2020.

Take note of this fact, as the profit-and-loss ratio (P/L) has a significant effect on the psyche of traders. Many institutional investors and hedge funds account for it by limiting their exposure to the market, which helps them maintain daily volatility near to their target. This is required of some funds by law. While it's your prerogative to execute your trading strategy however you see fit, this is a crucial goal to strive for. Changes will be more dramatic than usual.

The average bear market in stocks lasts for two years, which is where the number two comes from. Since the beginning of cryptocurrency, bear markets have typically lasted for around 9 months. A average stock market bull run lasts over six years. Bear markets are often shorter than bull markets, but they also tend to stick in people's minds for longer.

In 2020, the last bear market lasted only a few months, and this trend has continued in recent markets. This is attributed by some to the Fed's intervention, while others argue that the faster pricing of information is due to the improved communications infrastructure we have in the 21st century. Bear markets are getting shorter over time, but they can still last far longer than people predict. So, readjust your hopes and dreams!

3) Cash is a position

Despite the fact that USD inflation is very high at the moment, between 7% and 10% (depending on which data you're looking at), the purchasing power of a single USD is still relatively stable. The value of the dollar doesn't fluctuate all that much from day to day. The dollar value of one share of SPY fluctuates daily, and as of late, it has been depreciating at a MUCH FASTER RATE. Keep in mind that in bear markets, survival is the most important thing. If you can keep from blowing yourself up in the process, you'll be able to continue the battle another day. It is possible to abandon underperforming investments in favor of liquid funds.

Recently, this has been occurring. Looking at the key asset categories, it appears that investors are rushing to cash. Everything from bonds and stocks to gold and cryptocurrency is being liquidated. The "Risk off" climate is characterized by a shift by traditionally conservative players away from risk assets like equities and toward "safer" goods like Treasury bonds. Yet, it appears that, with the Fed increasing and inflation running high, individuals are passing up the 3% income they may earn in a bond in favor of the complete freedom you have with cash. Hedging can also be accomplished by selling short assets or purchasing put options on a portfolio (if available). The cost of a good night's rest is clearly displayed in the options market.

As traders, it is our responsibility to seek out investments with a positive expected value, yet bottom picking has proven extremely difficult in the past. As a result, many of the most prestigious hedge funds in the world were under-hedged before the crisis of 2020 and over-hedged after it. In essence, some of the brightest minds in the world failed to correctly predict where the market would eventually bottom out.

Attempting to select bottoms in down-trending markets is a strategy with a poor bat rate% unless you have a very long term strategy that permits for constant deployment of capital over time (DCA).

Well. OK, that settles it. To help those who are unfamiliar with bear markets, here are four points to keep in mind. Keeping afloat is of paramount importance, especially in a more challenging market, as we indicated before.

Please use the comments box to ask me whatever you'd like.
A like would be greatly appreciated.
Trade With A Lightning Fast Platform - AssetsFX

good post, bear market is definitely something people need to be aware of and know how to create opportunities for themself to make profits.
You must log in or register to reply here.

Aug 17, 2022
PriceNTime
P
S
BITCOIN The complete Cycle mapping. Will you miss out on this?