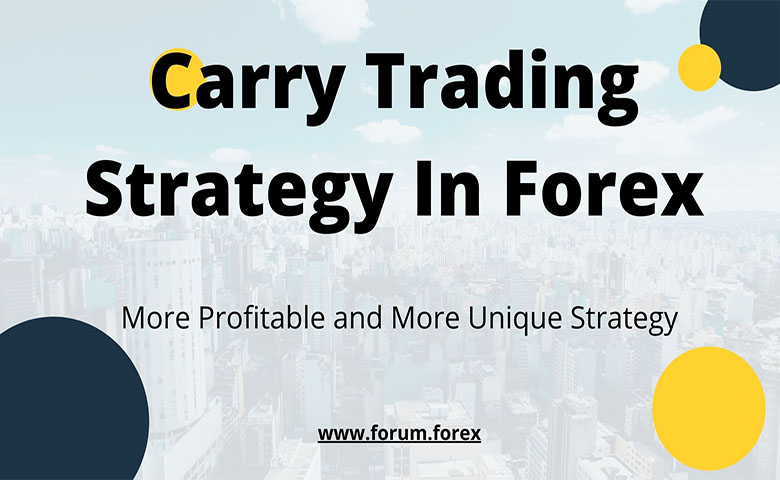 What is Carry trade?​

The word Carry means the returns we obtain for holding an asset. When we ‘Carry’ commodities for a long time, we end up with negative returns as they incur storage costs. But this is not the case in the Forex market. We do not actually Carry any physical entity.

Historically, before the Lehman crisis, the USD-JPY carry trade was the most prominent trade where borrowing used to come from the Japanese market because of Bank of Japan's accommodative monetary policy of low interest rate since the 1990s, while on the flipside, the US Federal Reserve maintained elevated interest rates. The interest rate differential spread between the US and Japan prompted many traders to sell yen at low rates and buy dollars to earn the higher rates.

Inevitably, there are two risk factors involved in the forex carry trades, namely the exchange rate risk and interest rate risk. The former impacts a lot when there is a massive move in the exchange rate and this may lead to substantial loss in the base capital. The latter defines the profit yield of the carry trades positions. The wider the interest rate differential, the wider the opportunities.

How do currency carry trades work?​

Currency carry trades work by enabling market participants to profit from interest rate differentials between the different currencies in a forex pair. Because forex is always traded in pairs, traders are simultaneously selling one currency while buying another. It is this technicality in forex transactions which makes currency carry trades possible.

Trading in the direction of carry interest is an advantage because there are also interest earnings in addition to your trading gains. Carry trading also allows you to use leverage to your advantage. When the broker pays you the daily interest on your carry trade, the interest paid is on the leveraged amount. For example, if you open a trade for one mini lot (10,000 USD), and you only have to use $250 of actual margin to open that trade, you will be paid daily interest on $10,000, not $250. It can add up to large yearly returns.

Why It Is Risky
There is a fair amount of risk to the carry trading strategy. The currency pairs with the best conditions for using the carry trading method tend to be very volatile. For this reason, you must conduct carry trading with caution. Nervous markets can have a fast and heavy effect on currency pairs considered to be “carry pairs.” Without proper risk management, traders can be drained by a surprising and brutal turn.

Currency Carry Trade Example
As an example of a currency carry trade, assume that a trader notices that rates in Japan are 0.5 percent, while they are 4 percent in the United States. This means the trader expects to profit 3.5 percent, which is the difference between the two rates. The first step is to borrow yen and convert them into dollars. The second step is to invest those dollars into a security paying the U.S. rate. Assume the current exchange rate is 115 yen per dollar and the trader borrows 50 million yen. Once converted, the amount that he would have is:

After a year invested at the 4 percent U.S. rate, the trader has:

Now, the trader owes the 50 million yen principal plus 0.5 percent interest for a total of:

You can learn more about forex trading tips and profitable strategies at forum.forex

Staff member
Good knowledge. Thanks for posting. hope this knowledge will be helpful for newbies.

forum.forex said:
Good knowledge. Thanks for posting. hope this knowledge will be helpful for newbies.
Click to expand...

Thank You so much. If newbie can accrued this knowledge, the they can learn many things.
H

This works great for many traders as they get a chance to enhance their gains by adding interest gains to them. It increases manifold when you are using leverage as the interest paid by your broker is on the leveraged amount.
A

Yes, it is the primary step of beneficial trading. Plans and strategies help us to predict upcoming events and also enhance our decision making skill. With the help of a strategy.
F

This was a great read! This will surely help a lot of forex beginners.
H

Of course, it is necessary to have a strategy for beneficial trading. It will help you to minimise capital loss and prevent emotional trading.

is crucial to always have a method of trading that favors you, nice write up

west stan said:
is crucial to always have a method of trading that favors you, nice write up
Click to expand...

Yes, of course. Without plan and methods if you start trading, then you will face sure losses. So, having methods is too much important while trading.

Thank you for your comprehensive and wholesome explanation. You covered all the points very well.
S

As wonderfully explained by the OP, a carry trading strategy can be definitely profitable to a trader. However, the trader must have the knowledge of how to fundamentally analyse the market and keep track of the news daily. Using the factors of risk management, the trader must exit when he finds the market most suitable.
At the end of the day, it all boils down to a traders’ own preference of trading type.
L

That was a very educational post. Carry trading can be a good start for beginners. Hope many new traders can benefit from this information. Thank you for your time and effort.
L

Wow. Well explained using simple words and basic terms. I hope many people find this helpful and actually learn from it.
Carry Trading is a quite decent and fair enough trading practice especially for beginner traders who can use this method to save themselves from being prone to risks of high volatility.
T

The sole risk in carry trading is the volatility of currency rates. If the value of the base currency falls below that of the quote currency, the trader runs the risk of losing money.

As a result, it is critical to monitor price movements and exit at the appropriate moment.
Z

Thank you for this great explanation! In my personal experience, I never trusted carry trading without even trying it, I always believed that it would result in a decreased profit, or a loss, because trades shouldn’t be left open after the market closes for the weekends. This explanation changed my viewpoint, and I’ll definitely try it next time.
R

That article was really informative. For beginners, carry trading can be an excellent place to start. I hope this knowledge will be useful to many new traders. I appreciate your time and energy.
S

Sep 19, 2022
skrimon
S
A
Crucial Things to Do Immediately After Getting Scammed

Jul 18, 2022
Abdulmajidkhs
A
S
What influences the Forex market?