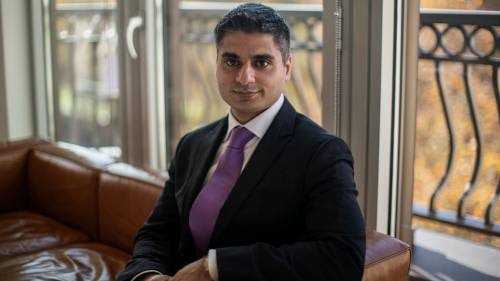 
Citigroup is headed to trial over allegations it “framed” a former foreign exchange trader to save itself during a market-manipulation scandal, after failing to have a $112m lawsuit he filed thrown out of court.

A New York judge on Thursday ordered that the lawsuit brought by Rohan Ramchandani alleging malicious prosecution is arguable at trial. The case will be closely watched, with implications for companies that open cheque books to settle with prosecutors, who often demand names of implicated individuals in exchange.

London-based Ramchandani, once European head of Citi’s currencies desk, was acquitted by a Manhattan jury in 2018 of charges brought by the Department of Justice as part of the global forex-rigging probe. He had faced the risk of a decade in a US jail along with two other British traders from Barclays and JPMorgan.


Three years earlier, Citi had reached a $1.3bn settlement with the DoJ and Federal Reserve.

Ramchandani became a focus for the authorities and for the press in part because he was a member of an informal electronic chatroom with traders at other banks that at times was jokingly referred to as the “Cartel”. He was suspended in October 2013 and dismissed the following January.

He argues in his lawsuit that the bank “knowingly” encouraged the DoJ to pursue an antitrust case against him as a “scapegoat” and “without probable cause” in an effort to shield itself from greater damage caused by the forex-rigging scandal.

He alleges that Citi orchestrated a scheme to deflect the blame for forex-rigging on to him, leaking to the press and contacting regulators because it could not afford the consequences of going to trial on criminal charges, which would have brought with it the risk of losing licences and the filing of charges against senior employees.

“Ramchandani argues that Citi therefore attempted to limit the scope of its liability to a single culpable employee: him,” Thursday’s order reads.

Citi counters that the DoJ independently decided to investigate Ramchandani, and that it could not act out of malice because the admissions it made were in the context of the bank’s own guilty plea.

“The thornier issue — whether Citi’s statements about Ramchandani to the DoJ were knowingly false — is a close one, but the Court ultimately concludes that the allegations are sufficient to satisfy the pleading standard,” Judge Victor Marrero wrote in his order dated March 11.

Citi said in a statement: “Mr Ramchandani’s claims of malicious prosecution are without merit and we will contest them vigorously.”

The judge’s order means Ramchandani is likely to be able to access all relevant documents in his case, including bank memos. As well as the civil lawsuit, he is still fighting regulatory action from the US Office of the Comptroller of the Currency.

Ramchandani declined to comment. He previously won an employment tribunal in London against Citi for unfair dismissal but failed in his attempt to be reinstated at the bank, which would have made him eligible for back pay and any awards since his dismissal in 2014.

www.google.co.uk
You must log in or register to reply here.

How to Trade Forex? - A Beginner's Guide to Forex Trading in 2021