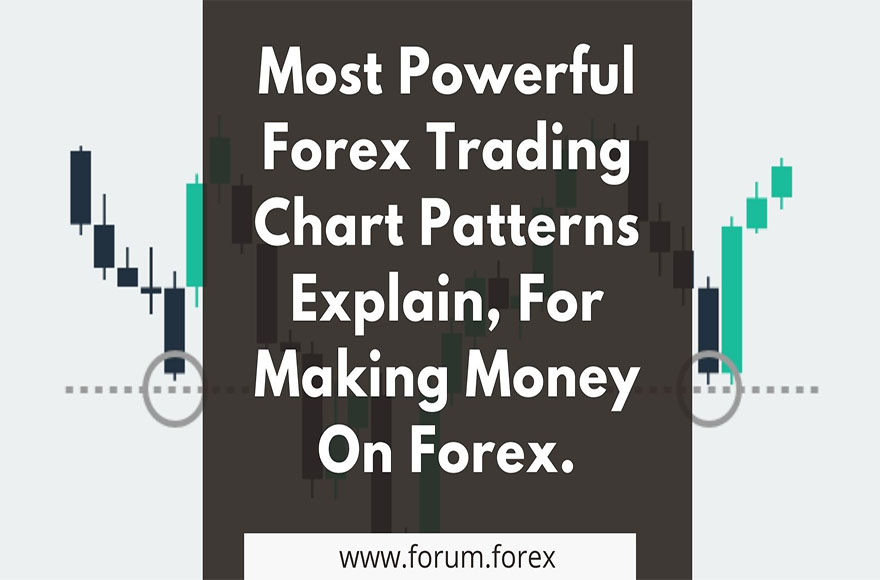 Out of the many varied ways to utilize technical analysis, chart patterns are perhaps the most utilized and most researched. The reason for this may be entirely organic because the vast majority of strategies in technical analysis require a type of breakout to occur before we can execute a trade.

The most common chart patterns are shapes such as rectangles and triangles.

Chart patterns can be a benefit a curse because every trader has an internal bias that will easily spot patterns that benefit their position, and can unconsciously filter patterns against their position.

A chart pattern is a combination of support and resistance levels formed by candlesticks in a specific shape which helps to define whether the market will move in the same direction or turn around. There are three types of technical analysis patterns: reversal, continuation, and bilateral.

*. A continuation signals that an ongoing trend will continue

*. Reversal chart patterns indicate that a trend may be about to change direction

*. Bilateral chart patterns let traders know that the price could move either way – meaning the market is highly volatile

Continuation chart patterns appear when the current trend takes a pause. That's why sometimes they are called consolidation patterns. Trendlines serve as support and resistance levels. They occur on the chart when buyers and sellers can't beat each other, and the price consolidates for a while. Such patterns show the market will keep moving in the same direction.

For getting daily latest forex trading profitable strategies and currency market analysis, you should join this forex trading forum.

Head and shoulder represent an indication of possible price reversal. Therefore, if a trader sees this pattern in the chart, he may think that the current underlying trend is about to change. The head & shoulder price pattern includes three swing highs where the middle swing high is the highest than the other two.

How To Profit From The Head And Shoulder Pattern??

*. You need to wait for the price to pierce below the neckline.
*. Place your SELL order at the close of the break out candle
*. Your stop loss should be a few pips (3-5 pips) above the right shoulder.

A double top is another pattern that traders use to highlight trend reversals. Typically, an asset’s price will experience a peak, before retracing back to a level of support. It will then climb up once more before reversing back more permanently against the prevailing trend.

How To Profit From The Double Tops? ?

*. Identify a double top in a long term uptrend market
*. Place a sell stop order just below the neckline
*. Put your stop loss just above the second high of the double bottom

The same as with the Head and Shoulders pattern, the Double Bottom has a reflected option that forms on a downtrend in the local low zone. The two lower points of the mirror top are marked at the price floor and the point of the local maximum between them. When the formation is completed and the bottom line, passing through the local maximum point, is broken, the asset is bought to sell it at a higher price in the future, since an uptrend is predicted after the “Double Bottom”.

How To Profit From The Double Bottom Pattern? ?

*. Identify a double bottom in a long term downtrend market
*. Place a buy stop order just above the neckline
*. Put your stop loss just below the second low of the double bottom

Triple Top and Triple Bottom patterns are quite similar, like the double top and double bottom patterns. However, instead of two tops, the triple top pattern should have three tops. The main interesting thing about the triple top is that it indicates a stronger possibility of the price reversal than the double tops. It is quite easy to understand that if a price rejects level three times rather than two; there will be a higher possibility of the price to move towards the opposite direction. With the triple top pattern, traders may have better accuracy of their analysis.

A rounding bottom is a bullish reversal pattern that forms during an extended downtrend, signalling that a change in the long-term trend is due. The pattern is nicknamed ‘saucer’ because of the clear ‘U’ visual shape that it forms. The formation of the pattern implies that downward momentum is declining, and sellers are gradually losing the battle to buyers. A rounding bottom forms when the pace of falling prices decreases, followed by a brief period of price stabilisation that forms a rounded low (not a sharp ‘V’ shaped low).

Prices then begin to advance from the low point so as to complete the right half of the pattern, a process that takes roughly the same time it took the initial left half of the pattern to form. A bullish reversal is confirmed if prices break above the neckline of the pattern. Traders will look to place buy orders after the breakout, with the profit target being the size of the actual pattern (the distance between the neckline and the low of the pattern). It is important to note that reversal chart patterns require patience as they usually take a long time to play out.

Candlestick charts provide more information than line, OHLC or area charts. For this reason, candlestick patterns are a useful tool for gauging price movements on all time frames. While there are many candlestick patterns, there is one which is particularly useful in forex trading.

An engulfing pattern is an excellent trading opportunity because it can be easily spotted and the price action indicates a strong and immediate change in direction. In a downtrend, an up candle real body will completely engulf the prior down candle real body (bullish engulfing). 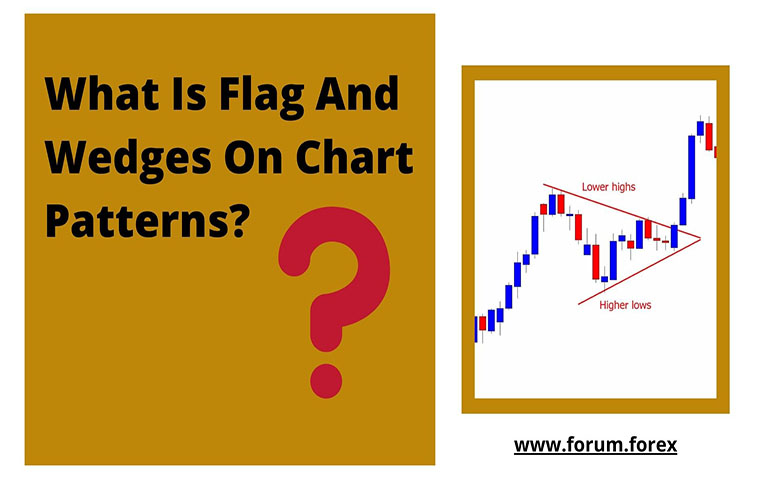 What Is Flag and Wedges?​

Flags
Flags are considered more reliable than triangles or wedges as they are less frequent. There are two types of flag patterns. They are bull and bear. Although the price may break in any direction, in most cases, the flags are continuation patterns.

The flag pattern resembles a flag and looks like a small channel after a strong movement. The flag moves in the opposite direction to the prior trend. After an upward movement, it slopes down. After a downward movement, it has an upward slope. Traders should enter the market after the breakout. Take profit order should equal the size of the flagpole (the distance of the movement before the flag's formation). Stop loss can be placed above/below the beginning of the flag.

Wedges
A wedge is a chart pattern that predicts a trend continuation. There are two types of wedge patterns: rising and falling.

There are multiple trading methods all using patterns in price to find entries and stop levels. Forex chart patterns, which include the head and shoulders as well as triangles, provide entries, stops and profit targets in a pattern that can be easily seen. The engulfing candlestick pattern provides insight into trend reversal and potential participation in that trend with a defined entry and stop level.

Staff member
Understanding chart pattern is most important while trading. I watch this videos, there have enough information about chart patterns.

Thanks for sharing.
C

WikiFX’s a place for you to expose bad brokers 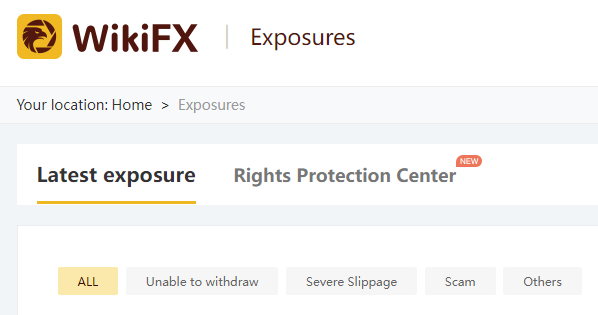 S
The psychology behind chart patterns!

S
What Does a Double Bottom Tell You?

Sep 28, 2022
skrimon
S
S
Do day trading patterns work because others are also using them?