The European currency loses value against the US dollar during the Asian session on May 9, testing the level of 1.05 for a breakdown. The EURUSD pair develops flat dynamics in the short term and remains around record lows, renewed on April 28.

Market sentiment does not have excessive demand for risky assets, which does not allow the trading instrument to change the trend. Also, the dollar is supported by the rather active course of the US Federal Reserve for further tightening of monetary policy, while the European Central Bank (ECB) is not ready for decisive action in this direction. The representatives of the European regulator are discussing the possible start of the interest rate hike cycle, despite the alarming rise in inflation in the region due to the military crisis around Ukraine. The timing of the possible start of tightening monetary policy is called the end of summer, but there have been no official statements on this subject so far.

The March macroeconomic statistics from Germany, published last Friday, put additional pressure on the currency positions. Thus, the volume of industrial production in the EU's largest economy fell by 3.9% after rising by 0.1% last month, although analysts expected a correction of only 1.0%. Experts believe that the risks of recession in the German and European economies continue to rise in the current situation.

Meanwhile, the EU intends to soon agree on the next sixth package of sanctions, which limits the import of petroleum products from the Russian Federation and blocks supplies by sea, but so far, a decision cannot be made due to the blocking of the Hungarian ambassador. It is noted that the governments of countries such as Hungary and Slovakia will have an extended deadline for the implementation of the oil embargo until the end of 2024, and the Czech Republic until June of the same year due to heavy dependence on Russian resources. Still, officials said they were already considering options such as reducing purchases from the Russian Federation. 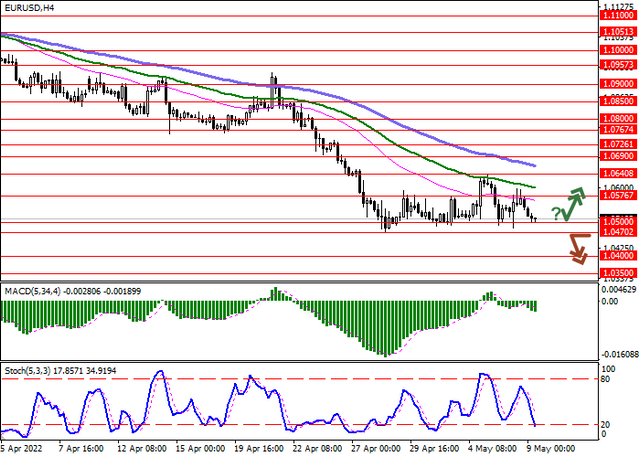 On the daily chart, Bollinger bands show a moderate decline: the price range is narrowing, reflecting the emergence of ambiguous trading dynamics in the short term. MACD tries to reverse into the downward plane, keeping its previous buy signal and above the signal line. Stochastic shows a more active decline and is currently rapidly approaching its lows, indicating that the euro may become oversold in the ultra-short term. 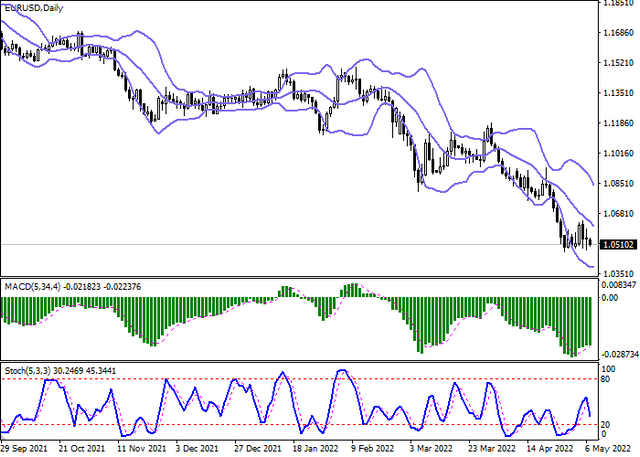 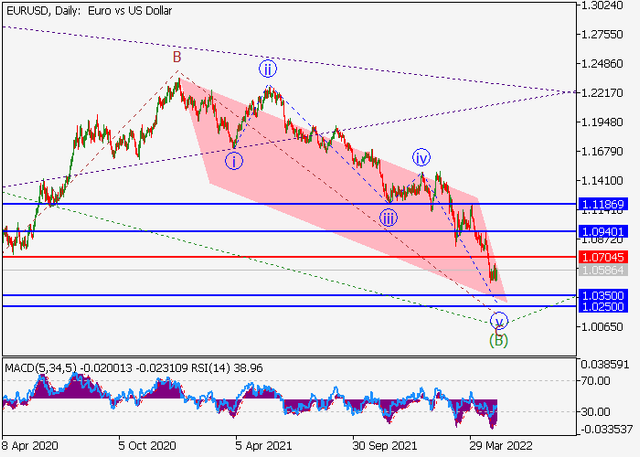 Last edited: May 10, 2022
Visit solidecn.com
Trust Pilot Score 4.9
You must log in or register to reply here.