Some Popular And Most Traded Currencies In Forex.

The Forex markets are some of the biggest and most liquid in the world, with a total daily average trading volume of USD 5.1 trillion in April 2016, according to the Bank For International Settlements (BIS). 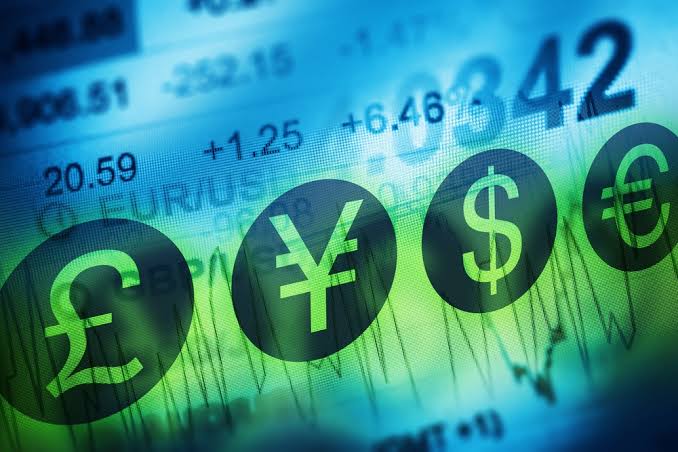 A forex currency pair includes the US dollar and/or other global currencies.

The first currency in the pairing, for instance, the British pound in GBP/USD, is the base currency. The second currency, the US dollar in the above example, is known as the quote currency.

Generally, the base currency will be the trader’s domestic currency.

The price of a forex currency pair is an expression of how much of the quote currency is needed to buy one unit of the base currency.

Some most traded currencies and currency pairs in forex:
1. US dollar (USD)

According to a report, the average volume of the US dollar traded in a day was around USD 2.9 trillion. This exceptional popularity of this currency can be attributed to the fact that the US is the world’s largest economy. Furthermore, the US dollar is the most held reserve currency across multiple banks globally for making international transactions.

2. USD/CHF:
The Swiss Franc is considered to be the safe haven of currencies. The USD/CHF pair therefore falls in value when the world considers the United States Dollar to be a safe investment. However, when the dollar appears to be in danger, investors are keen on investing in the Swiss Franc. It must however be noted that the value of this pair is largely dependent on the capital flows in the Swiss banking system which is known worldwide for its secrecy! Also, the reputation of Switzerland as a stable country with sound economic fundamentals adds to the reputation of the Swiss Franc for being a safe haven amongst currencies.

3. British Pound: GBP
The pound sterling (£) or GBP is the currency of Great Britain. It is also the official currency of Jersey, Guernsey, the Isle of Man, South Georgia and the South Sandwich Islands, the British Antarctic Territory, and Tristan da Cunha. The most popular United Kingdom Pound exchange rate is the EUR to GBP rate. Sterling is the 3rd most-traded currency in the foreign exchange market, after the United States Dollar, the Euro, and the Japanese Yen.

4. EUR/USD
“The Fiber” is a combination of the Euro and the US dollar. This is generally considered the most traded currency pair as it stems from two of the world’s largest and most reputable economies. Similar to the USD/JPY, this currency pair is associated with very low spreads, high liquidity and the ability to place large volumes of trade. This combination can be seen as one of the best currency pairs for forex scalping, as the markets are mostly stable throughout the year, therefore, it is perhaps one of the most profitable currency pairs in terms of smaller and more frequent earnings.

5. GBP/USD
The currencies in this pair are the pound sterling and the US dollar. GBP/USD is colloquially called ‘cable’ on account of the deep-sea cables that used to deliver the bid and ask quotes between London and New York. In 2019, the GBP/USD pair made up 9.6% of all daily forex transactions.

The Yen, the official currency of Japan, is the 4th most traded currency.

It’s also the most liquid currency in Asia, and the 4th most important reserve currency in the world (after the U.S. Dollar, the Euro, and the Pound Sterling), especially for Asian countries.

7. USD/JPY:
The Japanese Yen, after the United States Dollar and the Euro, is the fourth most actively traded currency in the world. As such, the USD/JPY pair is of extreme importance. According to some estimates, trading in this currency pair single handedly accounts for about 20% of the Forex trade in the world. Also, one must understand that USD/JPY is an extremely volatile currency pair. It is notorious for being range bound for a long period of time and then showing sudden fluctuations as it moves to a new homeostasis at a different price level. This currency pair shows the maximum sensitivity to changes in the United States interest rate.

A forex forum is one of the most popular way for learn more about currencies and currency pairs.

Member
You must log in or register to reply here.

Forex Trading Popular Currency Pairs in 2021, You Should Know.

Best foreign currency to invest in to make money.

The Best Time To Trade In Forex Market.

What is pips, How to Calculate Pips in Forex trading?