Correcting mistakes and analysing successful trades is a key trading process.
A very good practice is to write down your mistakes and successes so that you connect the subconscious mind to solve problems and remember successful actions.

Below I will analyse some of my trades, but this is not a template, you can post yours as you like, any is appreciated, even a lonely fact of your mistake or an analysis of other's mistakes and successes.
Find @Marcellus8610 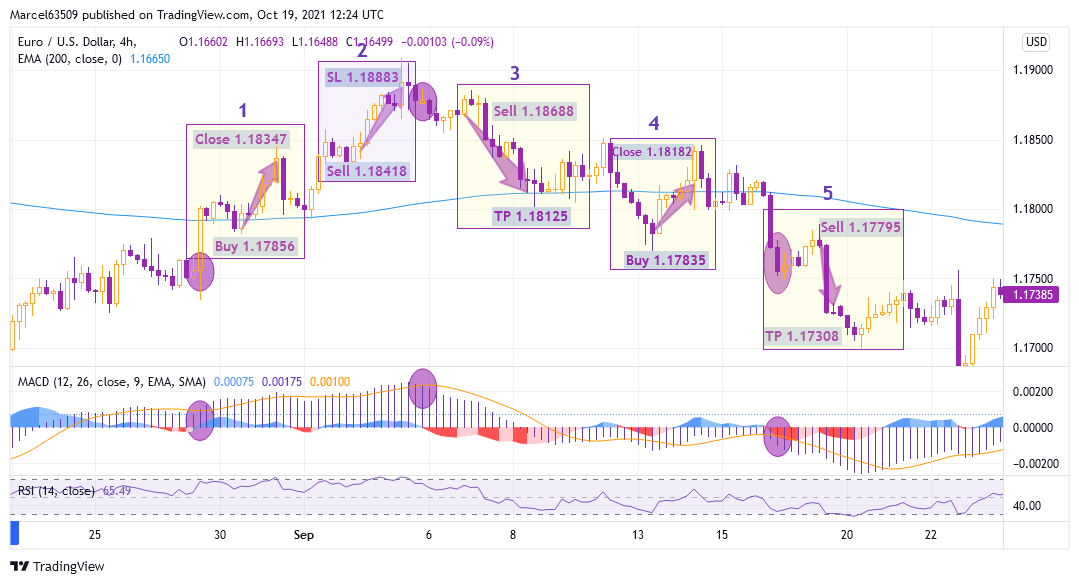 1.
- MACD signal
- EMA 200 breakout
- According to the trend.
Stop loss is set below the resistance level. There is an alternative to exit the market in case of resistance at the 1.18100
2.
I rushed, not receiving a clear confirmation from main indicators, and at the same time did not foresee a possible movement through the 78.6% retracement level.
It was possible to set the stop loss closer, just above the key level 1.18600, that's breakout opens continued growth. If the uptrend were broken, there would be a risk of the fall completion at the key support 1.17950. The trade might have had to be closed prematurely with a small profit.
3.
- Clear MACD and RSI indicators confirmation
- The key high level 1.19060 was not broken
- Opening time frames is 4 hours.
The stop loss was moved to the profit at 1.18562 in case the key support at 1.18350 completes the decline.
4.
- Quite risky buy on the downtrend correction, near its support
- The key fact is 50% correction level was reached taking into account 4 hours.
- Strict stop loss level.
Close on touch EMA 50 but I see that I rushed and missed 24 pips.
5.
- Late but clear signal MACD
- EMA 50 touch
- correction depth is more than 50%
- confident downward.
Opening after a local upward correction and close by take profit before the key level 1.17300 and trend support.
Find @Marcellus8610 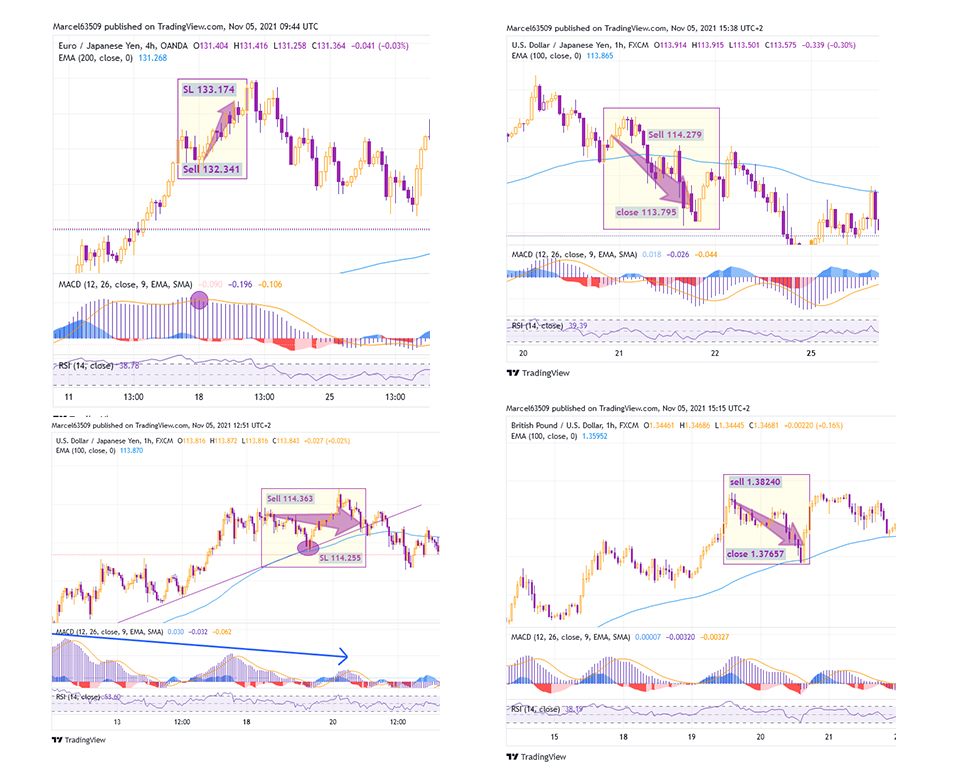 The chfjpy and eurjpy trades. Opened after MACD confirmation on the 4-hour chart. But I figured that the main daily trend should start a correction. The trend continued and trades were closed by stop loss. I took the risk of entering the market against the trend, at a time when there were no key resistance levels in the trend direction.

The first dollar yen trade was opened after MACD confirmation and visible divergence. During the first 24 hours, I could have taken a profit, but unfortunately, the EMA100 was not broken and the price went in the opposite direction. I should have exited at the moment the EMA100 was reached. The profit is too small.
I opened the second trade for this pair when the divergence was already more certain and the MACD confirmation became clearer. The EMA 100 was not broken, but retesting was evident. After its breakout, the trade confirmed its profitability.

The euro dollar trade. I entered the market after the key level 1.1635 was passed, but at the same time, the EMA 200 was still a strong obstacle. The stop loss level was reached after 1.16650 was tested again, and the moment the price reached it, I should have closed the trade with a profit.

The pound dollar is quite risky, but I understood that this is the upward trend resistance, I saw the MACD has been moving in the horizontal channel for a long time, and at the same time, the RSI has been above 70 for a long time.
And the yen trade was opened by clear confirmation from MACD. I did not close the loss during testing the 158.20 level, knowing that there might be a reversal, but at the same time, I did not risk waiting for the EMA 100 to be broken, since support 157.00 was already close.
Find @Marcellus8610 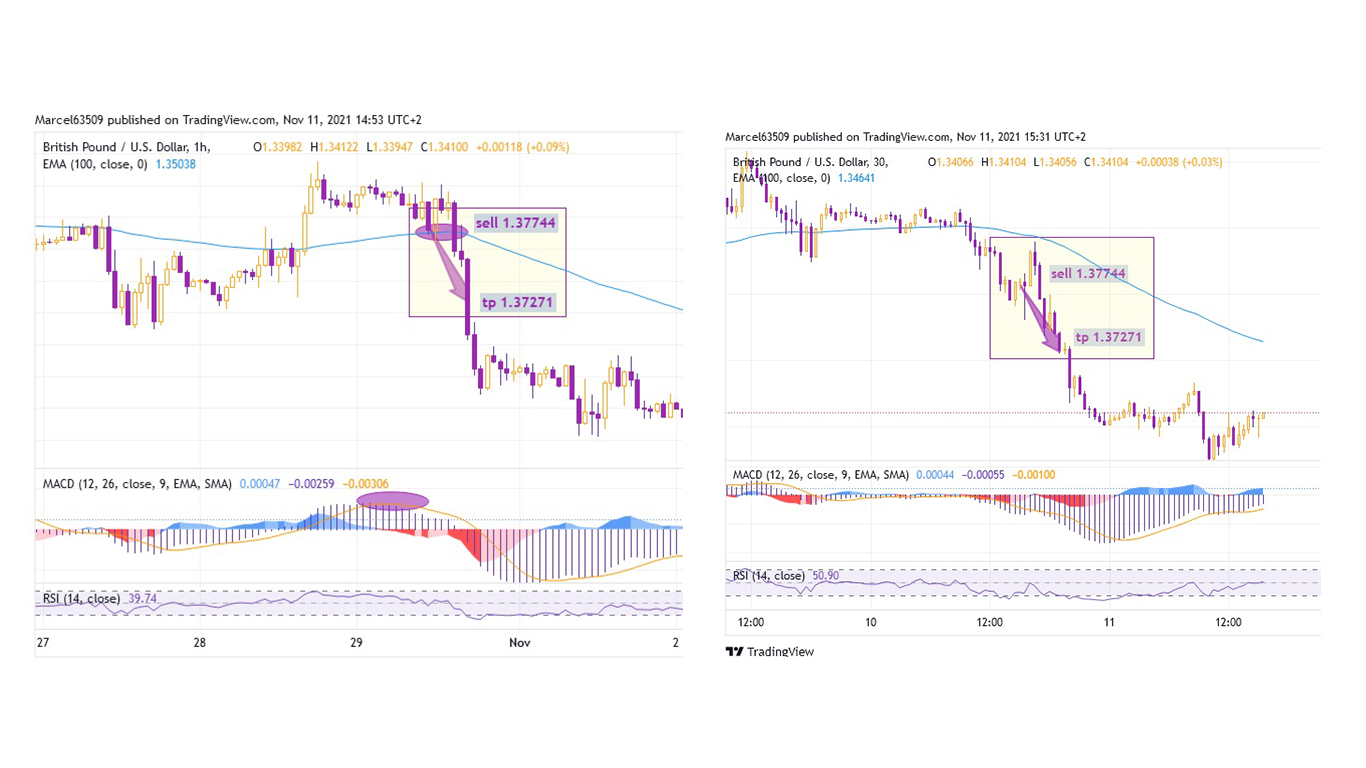 Euro Dollar
Clear confirmation of MACD and EMA 100 crossing on the hourly chart. The trade closed by take profit I set above the key support 1.15130. The main disadvantage in this situation is a early exit when the clear signals to continue falling. I decided not to change the parameters of the trade and not to enter the market again, accepting the profit that had already been fixed.

Pound Dollar
1. Unconfirmed 100 EMA on 1 hour chart, and clear MACD crossing (finally EMA levels were passed and confirmed the direction). But the take profit was set above the support level 1.37120, so I could not get the maximum profit, at least up to 1.36700.
2. The situation is similar as for the euro dollar. These trades were opened at the same time and were traded using similar parameters.

Thus, these trades show inaccuracy that affects profits.
Exiting a profit trade early is a similar mistake as closing a losing trade late.
But this idea requires more attention, so I would expand on it in more detail later. If you have any thoughts, I will be glad to discuss.

This is what happens when no take profit is set. After the Euro Dollar dropped to its lowest in July 2020, I could close the trade with a much higher profit.
Conclusion: use take profit if possible and correctly assess the market prospects. 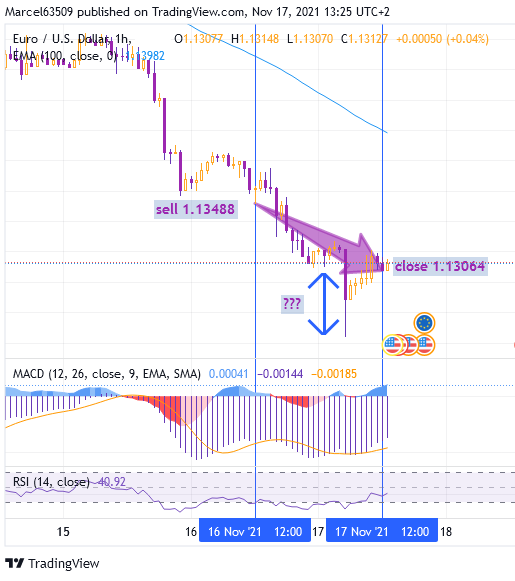 Trading in November showed my inaccuracies in the system and the win/loss rate is 57%. The Nov month profitability is 6.55%, which does not meet my monthly goal. I have already analysed and processed my mistakes in setting take profit, assessing possible risks, indicators data, etc. Read my thread (Profit/Loss analysis) to know more about trading history analysis.

Remember, post-trade analysis is just as important as before and during.

Now, I'm ready for the new month and the end of 2021.
Incidentally, I set a 2021 trading target of 150.00% and pointed to myfxbook. At the moment, I have reached 141.17% and I have one month to get to 150%
I'm sure I will make the end of the year really successful and show a result that will be an excellent motivation for me and the investors.

interesting! will you continue trade? what maxrisk this strategy can use for balance $1000 what lot can you use ?
is it possible to code EA from your trading ?
Best forex Strategies coded into Robots at www.FXPIP.ONE
You must log in or register to reply here.

How you can avoid losing money in forex trading?
2

How You Can Improve Your EUR/USD Currency Trading Technique? 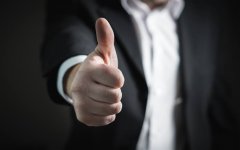 How To Become A Successful Forex Traders.

Today at 6:40 AM
louisegoodman
L
D
10 Keys To Successful Trading 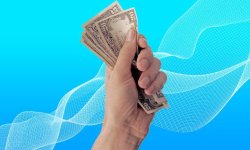 How to recover your losses in forex?